Paul H. Stevers
Founder, President, and Chairman of the Board

Paul Stevers is a Canadian engineer, inventor, and the founder of several for-profit and non-profit businesses. After graduating from the University of Waterloo engineering program in Ontario, Canada, Paul launched his entrepreneurial career by co-founding an environmental business in 1984 called Impax Incorporated. In 1992, he joined a US-based company called Bio-Oxidation Inc. to lead the development of a new medical waste processing technology, which became the next generation of a system he had created with Impax Incorporated.

As part of the management team of Bio-Oxidation, he helped raise over US$10,000,000 from investors, build this company and then sell it to a large public corporation. After this company was sold, he co-founded a consulting company called Oxidation Technologies, Inc., which focused on enhancing medical waste processing technologies.

After the tragic events that unfolded on September 11, 2001, Paul decided to change direction and explore how to best help counter violent extremism in unstable areas of the world in addition to operating his consulting business. He began to spend an increasing amount of time on this issue and, over the next several years, he invested over a million dollars to develop and demonstrate ways to combine available technologies and renewable resources to help stabilize conflict zones around the world. Initially, the focus area was Afghanistan, and it now includes parts of Africa.

Paul founded CharityHelp International (CHI) in 2004 to facilitate long-term financial support for children in developing countries by enabling sponsors to build relationships with these children via supervised communications over the Internet and pay for their sponsorship online.

In 2010, he founded Think Renewables, Inc. in the US to develop a series of computer-related products that are designed to operate in challenging environments such as Afghanistan and parts of Africa. These products are now being used in several areas including education, commerce, and telemedicine.

In 2014, Paul founded Think Renewables Group to help coordinate the operations of his various companies, further develop the group’s technologies and services and raise money to scale-up its operations.

Suleiman Hessami
Vice-President, Member of the Board

Suleiman (Sulei) Hessami is an Afghan-American, recently retired after 30 years of professional experience in the private sector leading finance and business operations organizations for Verizon.  Sulei has been involved with Charity Help International and Afceco since 2009 as a sponsor of several children. In addition to CHI and Afceco, Sulei is also  active with Afghan Relief Fund and other charitable organizations in the Washington DC metro area. Before retirement, he held the position of Vice President of Finance with  Verizon Business where he led a global team professionals,   responsible for  managing sales operations for a $15B global business unit. Prior to Verizon, Sulei had a similar role at MCI, as Senior Vice President – Business Development with responsibility to direct and overseas custom pricing and contract process for MCI’s Business Markets, a $14B unit.

Sulei started his career as a consulting engineer specializing in transportation and urban development working with leading engineering consulting firms in Lebanon, Afghanistan and Saudi Arabia. He also worked as Adjunct Professor at the Faculty of Engineering, Kabul University. He has an MBA in Finance from Massachusetts Institute of Technology, an MS in Civil and Urban Engineering  from University of Pennsylvania, and a BS in Civil Engineering from the American University of Beirut. Sulei is fluent in Dari and English and has working knowledge of Pashto and Arabic. Sulei will be focusing on developing volunteer support structure across the United States in support of CHI and AFCECO.

Terry Cardwell
Member of the Board

Terry Cardwell is a former Partner of Accenture. During her 20 year tenure with this company, she held many roles including “Utility Industry Worldwide Managing Partner – Solution Delivery”, “Utility Industry Americas Managing Partner – Technology” and “Resources Industry Americas Managing Partner – GBS Solution Centers”. Currently, she is a philanthropist supporting several international organizations focusing on women and children in war torn countries.  She takes an active role in tele-mentoring staff and students from CHI’s partner organization, the Afghan Child Education and Care Organization (AFCECO).  Originally from Kentucky, Terry moved to Florida to attend the University of Miami where she obtained her B.S. in Accounting and her M.B.A.  She travels extensively but continues to call South Florida home.

Meg Chapman
Member of the Board

Meg Chapman is a practicing architect and board member of New York Society of Ethical Culture. In June 2014, she was elected as Board President. Now she serves as Past-President. Her interests in the society lie in promoting activism through educational programs and the engagement of families and children with ethics.

Meg was born in New York City, was raised in Massachusetts and returned to New York after seven years in New Haven with a BA and Master of Architecture from Yale University. She lives in New York with her husband Mo Malekshahi and daughter Clara.

Michelle Moore has over fifteen years of operational, accounting, and administrative experience. She holds a degree in accounting from Strayer University and has served as an operations manager and staff accountant for several companies in non-profit, sales, and security industries. Michelle has a passion for community and believes that each person can make a difference. She personally strives to fulfill her capacity as a change-maker through her work with CharityHelp International and its for-profit partner, Think Renewables Group. 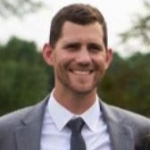 Nick Little has considerable experience in business operations, digital advertising, process engineering, healthcare, telecommunication and human capital industries. His areas of expertise includes Business Strategy, Financial Reporting & Analytics, Data Management, and Process Improvement. He has a MBA from the University of Baltimore Merrick School of Business in Baltimore, MD and a Bachelor of Arts in Economics from the University of Maryland in College Park, MD.